The Melbourne-based sextet put it down at the intimate Bootleg Bar in Los Angeles. In fact, this was their first headlining gig in the U.S. That is some pressure for sure.

With two strong female vocalists, and dance-tastic tunes, the band sets themselves apart. When I found out that there was a new band with two female vocalists making waves overseas, my immediate reaction? “Rad! Girl power!….” and all that mumbo jumbo. But let’s be real for second. One of them wants the spotlight. Both will eventually try to cut solo records and only one will make it out on top. It’s battle bitches.

There is a point to my rant, I swear. When the ladies of ALPINE croon together, there is an undeniable angst lying just below the surface. It was battle to the max. Winner? That has yet to be determined.

Each brought their own unique palette, strengths and weaknesses when performing. At the end of the performance they had a nice sized crowd dancing to their rhythmic beats. The gentleman behind them rocked it hard. Their bassist was my absolute favorite. His movements resembled the amazing air guitar moves I do every night in the mirror. Very on point.

With a little bit of polish ALPINE can do very well stateside. But to be honest, I’m just really looking forward to the solo battles in the very near future. 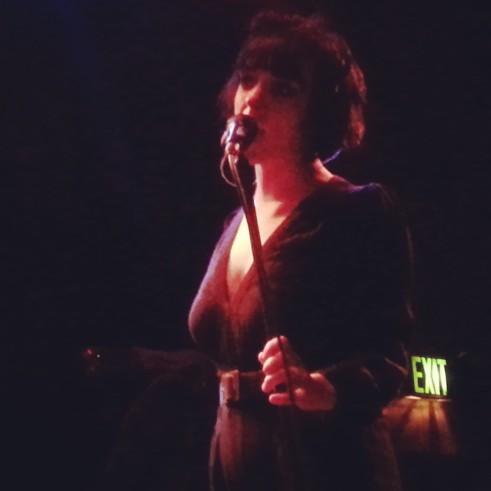