Photo by Kayla Merrill live at the Bootleg Theatre

Beginning their journey in Australia, now based in NYC– High Highs are about to make their mark. They’ve just wrapped a sold-out tour with buzzworthy artist Sky Ferreira, which means Jack Milas and Oli Chang are ready to take their sensual noise to the masses. My fabulous guest writer Ms. Mary Kay caught up with the boys for a little Q&A action.

Mary Kay: What inspired the creation of Open Season?

High Highs: The record came from wanting to make something pure and direct. We followed our intuition 100% and that was the most exciting thing about it.

MK: What other bands do you guys look to for inspiration?

HH: We don’t look to any particular bands for inspiration, necessarily. There’s a super varied taste in music between everyone in the band, and inspiration can come from so many different places. Oli is mostly influenced by writing in the country at his friends house in upstate New York at the moment.

MK: What message or feeling do you want people to take away from your new album Open Season?

HH: Whatever they wish. The record sums up a lot in our personal lives. Sometimes it’s very sad and sometimes it’s extremely uplifting, but every song is full of love.

MK: Many of your song titles make reference to nature in some way. In what way has nature affected your music?

HH: I think both Oli and I find ourselves constantly pining for nature. Especially living in a city like New York, when you finally reach nature it can be quite overwhelming. That’s a pretty strong feeling that can definitely contain songs for us. 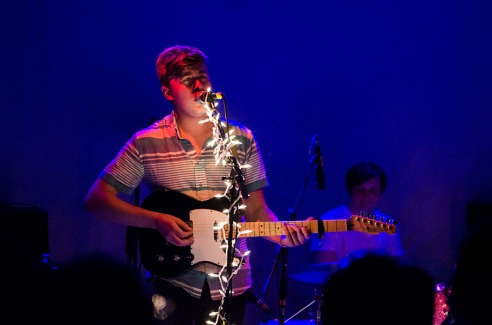 MK: Who have been listening to while on the road?

HH: A lot of Steely Dan on this tour. Plus some Burial and the new Caveman record…

MK: How has touring with Sky been? Are there any tour antics you can share with us?

HH: Sky is awesome, and everyone who plays in her band is a legend. We’re all pretty close friends at this point. There’s been plenty of tour antics… maybe too many to recall right now. Ultimately we’re all pretty civilized though

MK: Going over the photos you guys have posted on Facebook, it looks like you’re having some awesome experiences. What’s been the highlight of the tour thus far?

HH: Seeing America! it was our first US tour and it was amazing to see the country and play music.

MK: What is the best part about performing in the US?

HH: The crowds. Especially In Portland, Vancouver, San Francisco. We had so much fun meeting people and kicking it after the shows. 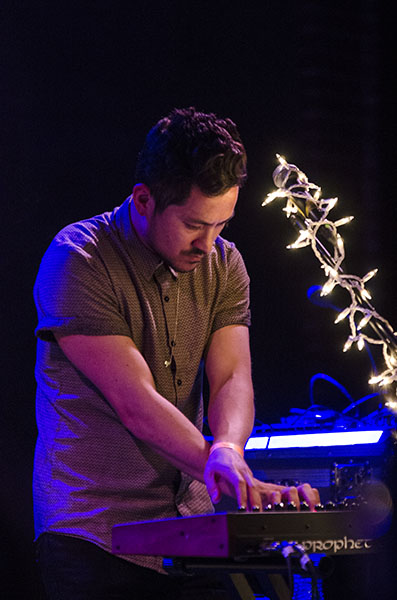 MK: What’s next on the touring schedule? Are you going back to Australia a bit or do have plans to circle around the states again?

HH: We have some very exciting dates coming up in both the US and Australia, but we can’t announce anything just yet.

MK: Finally, Describe your live show in one word: