Haven’t heard of the UK’s New Build yet? It’s okay, a lot of us have some catching up to do. New Build is the lovechild of electronic-dance masterminds Felix Martin (Hot Chip) and Al Doyle (LCD Soundsystem + Hot Chip). Embarking on a mini-U.S. tour, they’re in Los Angeles to perform and celebrate BRIT Week at the Echo/Echoplex this Saturday, April 27th! My partner in crime, Ms. Mary Kay, and I caught up with the dudes in Los Angeles to discuss beards, new tunes, and general awesomeness.

Cori Spelling + Mary Kay: How did you and Al Doyle first meet?

Felix Martin: Me & Al met many years back. I was intrigued by Al who at the time sported long flowing locks and a full beard, pretty much a decade before beards became fashionable again. Plus we were only 17. It was a fully committed look. I think Al was similarly intrigued by my strange appearance, and we quickly became fast friends and musical collaborators.

CS+MK: What made you guys decide to collaborate on this project?

FM: Simply that we have a long history of making mostly unreleased music and it felt like we finally had the time to finish an album and properly explore our own sound. The sessions for the Hot Chip album “One Life Stand” were a very fruitful time for us all musically and a lot of that creativity took place at me & Al’s studio in East London. Consequently, there were little pockets of time, evenings and afternoons and weekends, when we would have a bit of time to ourselves and we these songs started to come together very naturally. We stumbled on a period of songwriting dynamism and the coming together of the live side of the band has helped to maintain that energy.

CS+MK: How did you guys decide on the name “New Build”?

FM: It was suggested by a friend, the comic book maker and documentary film maker Lindsay Pollock. He has a very quick, funny mind and came up with list after list of band names. “New Build” was a relatively austere one by his standards but it stuck. I like the vague suggestion of subdued suburban modernity, and of optimism now only recalled as nostalgia. That seems to be something close to the music that we make.

CS+MK: New Build is a project that the three of you have been “building” for a few years in the UK. Are you excited to share the live experience with US audiences?

FM: Yes, the live side of the band is something that Al in particular cherishes and we have definitely brought in a lot of our very wide experience touring with Hot Chip & LCD. We are definitely not cutting corners with 6 or 7 people on stage, a lot of synths, guitars and drums up there … We are lucky to have some great musicians with us, Rupert Clervaux is a fantastic drummer who was previously part of the Sian Alice Group, Joy Joseph (who features in the new “New Build” video) is an incredible percussionist and singer and Ben Ubly is a previously undiscovered virtuoso on bass guitar. The idea is to provide a very fluid, energetic and propulsive live experience with a lot of live playing, something that I hope audiences over here are going to dig.

CS+MK: What is the best aspect of working on the New Build project?

FM: The chance to write, produce and release our own music. Seeing everything through from gestation to promotion is a pretty amazing thing.

FM: The members and writers of all of these bands are pretty eccentric and odd individuals in my opinion and within that eccentricity there is a whole rainbow of weirdness. Although there are lots of similarities in the music I feel like Al (who writes most of the lyrics for our music) has his own unique voice and that is something that we will continue to explore in future releases.

CS+MK: After trolling the internet for a little while I read that you guys are working on a follow-up! Can you give us a little peek into what direction the new record might take? Any guest vocals or interesting collaborations you can tell us about?

FM: We are working on some new music in Los Angeles at the moment. I am currently inspired by a lot of electronic music and we want to make music that we can play out as DJs. We are focusing more on heavy kind of grooves and we’re hoping to collaborate further with Joy Joseph and the other members of the live band for our next record. 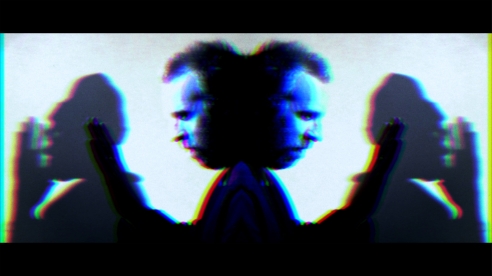 CS+MK: What is one thing you want listeners to take away from the New Build experience?

FM: I was kind of talking to Al about this yesterday. We were talking about the Bob Dylan album “Oh Mercy” which is one of my all time favourites. Imagine being able to make a record that could end up meaning that much to an absolute stranger. That is the inspiration for me to keep making music, the hope that one day I might do the same.