Confession: my current obsession is MOVEMENT – a new trio coming out of Sydney, Australia. With only a mere single available to tantalize our senses I needed to know MORE! I tracked down the buggers and coerced them into answering a few questions. If you’re into a Ginuwine meets Hercules & Love Affair vibe, then this is for you. Also, the track is sexy as shit. It’s probably not safe listening for the morning, unless you’re ready to get all worked up. Catch me?

Cori Spelling: What’s the quick backstory of Movement? How did the three of you join forces? Were you all with different projects and decide to collaborate? What’s the scoop?

Movement: Sean and I have been friends since high school. We wrote songs together for the past 3-4 years in our bedrooms at night without really showing anybody, more for our own enjoyment than anything else really. We met Lewis through friends of friends, and then all discovered we shared mutual interests in older soul and R&B tracks. We wrote our first demo “Feel Real” together almost two years ago, we weren’t all that sure if it meant anything, but when we started showing a few people they began to take interest in what we were doing – and it has all sort of gone from there.

CS: Your musical vibe is described as “seductive nocturnal”… AKA sweet sweet lovin’ music. Was this a deliberate move? Did you guys want to get people all hot and bothered? Any specific influences on this work?

MVMNT: We write our music mostly in the evening, so it makes sense that in many ways it sounds ‘nocturnal’ – I suppose that connotation is derived more from the fact that our tracks are dynamically pretty sparse. I would be lying if I told you I wasn’t aware of the references to our music as ‘seductive’, and for the most part – that is what we enjoy writing. However in saying that, I think thematically this is an element which is derived largely from our influences – older late 90’s / early 2000’s R&B tracks.

CS: Movement just signed with the legendary AUS-label, Modular Records. The day MVMNT signed on the dotted line, what did you guys do to celebrate?

MVMNT: As long time fans of the label, and what they have achieved in the Australian music scene, we were pretty excited – but as far as celebration goes, it wasn’t ever that sort of moment for us. It all happened so quickly, so we were more enthused to work on our music. We ended up returning to the bedroom and writing through the evening, it was still a special night though – it was all red wine, and Marvin Gaye – I don’t think we got much done. 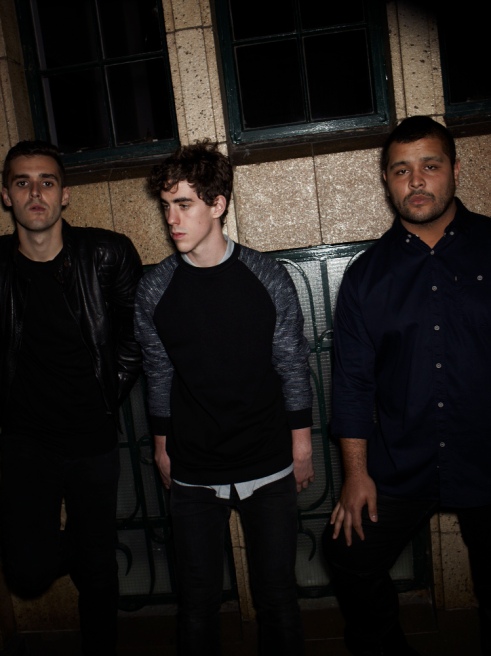 CS: “Feel Real” is your first and only single available. And leaves us BEGGING for more. When do we get it?!!?

MVMNT: There should definitely be more music before the end of the year, at least that’s the plan anyway.

CS: Is the track a sneak peek into what’s next?

MVMNT: Yes and no. We wrote “Feel Real” almost two years ago as a demo, so a lot has changed for us as far as our own musical capabilities are concerned. I feel as if over the last few months we have really found where we are heading with our music, and at this stage of the game that’s a really exciting thing. Influences are the backbone of any artist, and the same applies for Movement –  so I suppose in this respect we will continue making the music we love. We are excited for you to hear what we have been working on though.

CS: Do you have any pre-gig rituals? Maybe a drinking game? Special pair of socks?

MVMNT: We are still in single figures at the moment for live performances, so a pre-gig ritual hasn’t really come to fruition just yet. In the handful of shows that we have played live, I have found that the excitement moves in reverse – we are generally more animated a few hours before the show, and all of a sudden a quiet before the storm situation tends to apply, we drink quietly in our own spaces and don’t say all that much.

CS: Any plans to take your shows to the US or Europe?

MVMNT: Actually, we have started being asked this by a fair few people – which is mind blowing for us because we have played so little. Playing in the US or Europe is something we have dreamed of for a long while, and if the opportunity presented itself and there was enough people who wanted to hear it, we wouldn’t say no – its all a matter of timing at the moment.

Their current single is called ‘Feel Real’, and comes with remixes by Morgan Geist, Shadow Child, and Ta-Ku.

You can buy it via iTunes.